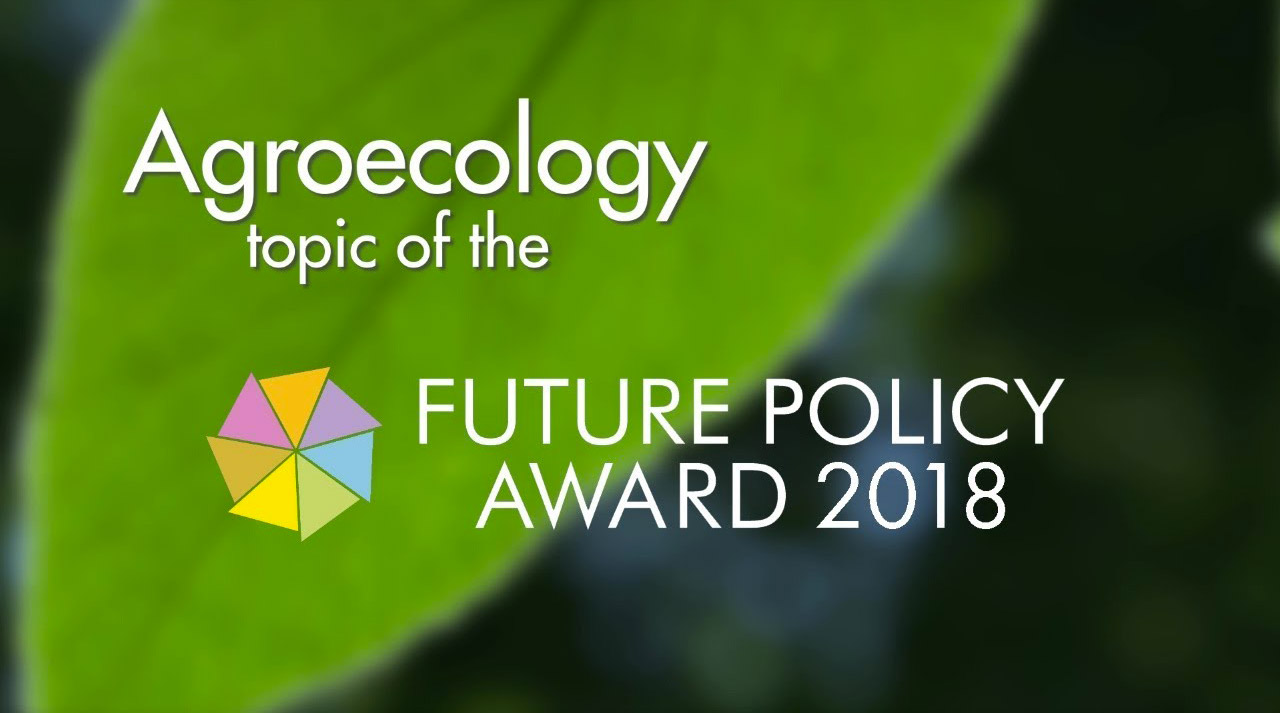 QUITO (ECUADOR): This Friday, October 12, 2018, the names of the winning experiences of the Future Policy Award 2018 were announced.

The “100% organic state” Sikkim, in India, is this year’s winner of the “Oscar for best policies”, beating 51 nominated policies from 25 countries. Policies from Brazil, Denmark and Quito (Ecuador) take home Silver Awards. This year’s award is co-organised by the Food and Agriculture Organization of the United Nations (FAO), the World Future Council (WFC) and IFOAM – Organics International.

Gold Prize winner Sikkim is the first organic state in the world. All of its farmland is certified organic. At the same time, Sikkim’s approach reaches beyond organic production and has proven truly transformational for the state and its citizens. Embedded in its design are socioeconomic aspects such as consumption and market expansion, cultural aspects as well as health, education, rural development and sustainable tourism. The policy implemented a phase out of chemical fertilisers and pesticides, and achieved a total ban on sale and use of chemical pesticides in the state. The transition has benefitted more than 66 000 farming families. The Sikkim tourism sector has benefitted greatly from the state’s transition to 100 percent organic:  the number of tourists increased by over 50 percent between 2014 and 2017. As such, Sikkim sets an excellent example of how other Indian states and countries worldwide can successfully upscale agroecology.
Three Silver Awards are granted to:

It is important to note that the AGRUPAR Participatory Urban Agriculture Project has been implemented by the ConQuito Economic Promotion Agency for 16 years and involves more than 4,500 people per year in food self-production activities based on agroecology.  The project has had an important impact on urban agriculture becoming an indicator of the sustainability and it currently integrates one of the actions of Quito Resilience Strategy.
The Vision Award goes to TEEBAgriFood, an initiative of “The Economics of Ecosystems and Biodiversity” (TEEB) by UN Environment. TEEBAgriFood has developed a comprehensive evaluation framework for food systems that helps decision-makers to compare different policies and the market to value food more accurately.
The three Honourable Mentions of the Future Policy Award, this year go to the Good Food Purchasing Policy of Los Angeles, USA (2012), to the Agriculture Development Programme of Ndiob, Senegal (2017) and to the From Arms to Farms Programme of Kauswagan, the Philippines (2011).
STATEMENTS FROM THE WORLD FUTURE COUNCIL, FAO AND IFOAM: “By scaling up agroecology, it is possible to tackle malnutrition, social injustice, climate change, and loss of biodiversity. Through effective, holistic policymaking, we can transform our food systems so that they respect people and planet. The 2018 Future Policy Award winners prove that it is feasible – and how. Policymakers across the globe should follow their example and step up similar exemplary political action!” says Alexandra Wandel, Director of the World Future Council.
Maria-Helena Semedo, FAO Deputy Director-General, states: “A transition to sustainable food and agriculture systems is critical to achieving sustainable development, and the 2018 Future Policy Award is unique as it highlights policies that advance such a transition. FAO is proud to honour, along with the World Future Council and IFOAM – Organics International, such leadership and political will.”
“This year’s Future Policy Award honours exceptional policies adopted by political leaders who have decided to act, no longer accepting widespread hunger, poverty or environmental degradation. They are committed to better food and agriculture systems, and have achieved unimaginable change,” notes Louise Luttikholt, Executive Director of IFOAM – Organics International. “One of them is Sikkim’s Chief Minister Pawan Chamling who set an ambitious vision and achieved it: Sikkim became the first organic state in the world – 100% Organic is no longer a pipe dream but a reality, serving as an outstanding role model for others to follow.”