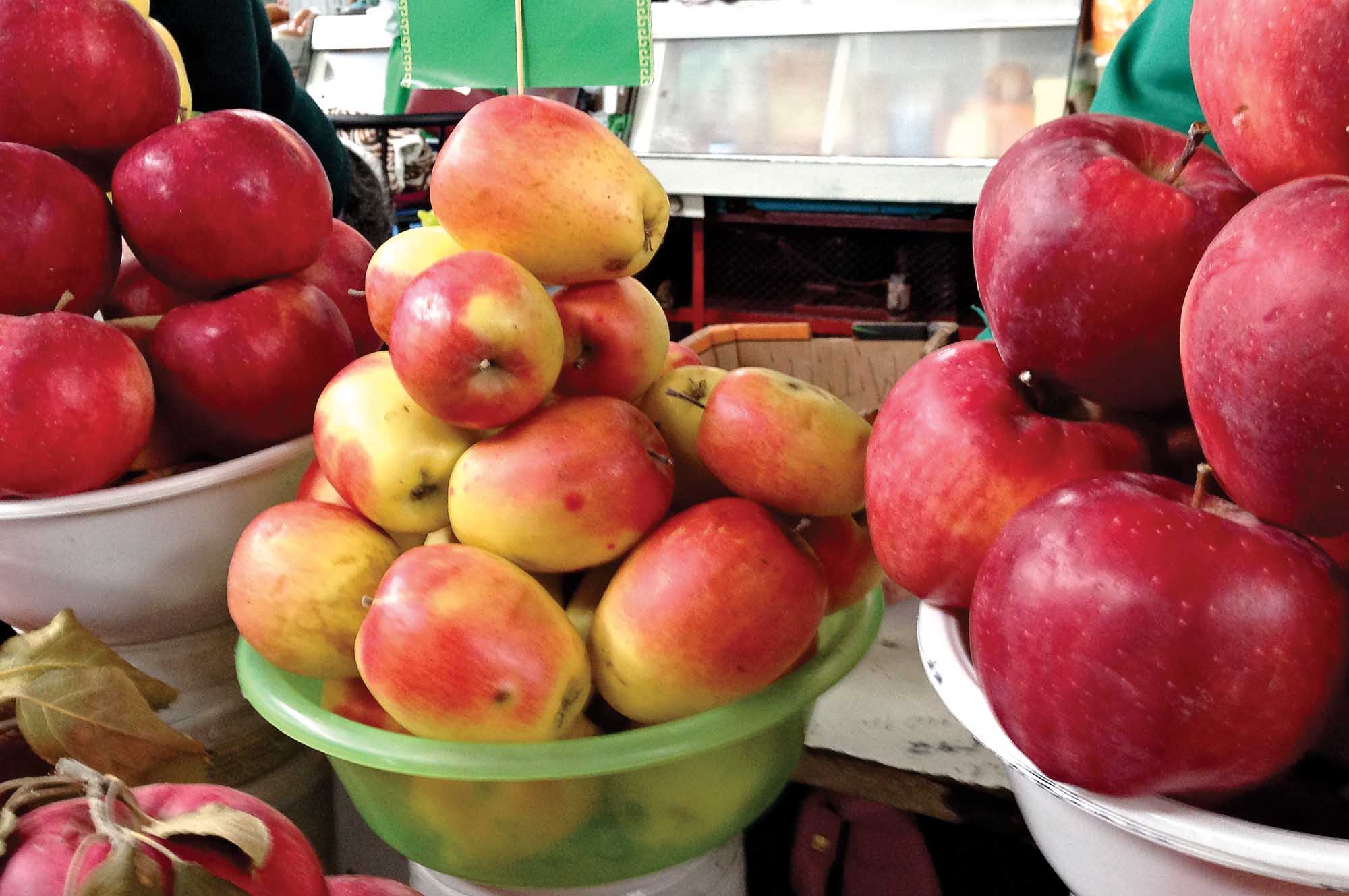 The project aims to enhance the Enbek-Kazakh District abilities of civil society organisations in shaping up promising and sustainable horizons for their local economic development. In particular, the project works to achieve the following strategic objectives
• Valorising the local resources through empowering the value chains networks of apple, milk, soy, and vegetables.
• Establishing a participatory mechanism for organising joint efforts’ actions and supporting the district development
• Improving the service system for local economic development, its effectiveness and efficiency, through better coordinating the existing service providers.

In October 2019, the ODAK project has achieved the following medium-term impact results.

Valorisation of the local resources

The assessment of the economic potential of the Enbek-Kazakh District realized by the value chains’ actors made progress in the elaboration of competitive and sustainable development territorial strategies through the application of the ILS LEDA RESCO methodology.

The finalization of the value chain’s strategies brought to the elaboration of the Enbek-Kazak District strategy which was the base for the public-private territorial platform for permanently support the district development and the service system for local economic development.

The value chain focus represented the first experiment of a participatory entity for the district development, and it facilitated the constitution of the Enbekshi-Kazakh Public-Private Alliance – ODAK, including the value chain focus groups, and more actors, representatives of NGOs, service providers, and scientific and educational institutions.

ODAK was established in a seminar held on November 2018 with the participation of 24 people, and finally legalized in July 2019. It has, as first members, 15 people, representatives of the various sectors. The ODAK’s main objectives are:
• Lobbying and stimulating the alignment of national and local public policy with the interest, needs and strategies of local value chains
• Facilitating fund raising, through project financing, and implementation of public programs
• Formulating and implementing the District Marketing Strategy

In the framework of the ODAK, the first initiative was to launch the implementation of 10 small innovative projects/initiatives either from private enterprises, or can be kind of “spin offs” initiatives of the public entities involved in the Project (universities, institutions, service providers). These initiatives (currently in the phase of start up) will be based on their positive impact on the value chain performances and on the rural population.

During the ODAK Steering Committee realized in November 2018, local actors also agreed on the importance of realizing a Catalogue of Innovations aimed to encourage the contribution of social and economic innovations with territorial impact for the reduction of poverty, exclusion and job creation, starting from the prioritized value chains of the ODAK Alliance. The Universities agreed to coordinate, with the support of Kazak and European action partners, the searching process of these innovation and the elaboration of the catalogue. Furthermore, the agrarian University KazNau is committed to realizing a special training course for our farmers, based on the ODAK project approaches. Finally, KazNAU is committed also to conducting training courses for students in the farms of the region.

The project activities counted with the special participation of the Government Commission Representatives for the Implementation of the Nagoya Protocol on access to genetic resources and the fair and equitable sharing of benefits arising from their utilization to the convention on biological diversity. An agreement was reached that the future district strategies will be elaborated in the framework of the Nagoya Protocol principles.

A One Stop Shops (OSS) aimed to support the implementation of the district and value chains’ strategies in the framework of ODAK, facilitating the coordination among the various existing and new services (to be setup), started operating in March 2019.

A manager was hired to coordinate the activities and 12 service providers were involved and committed to coordinate their efforts in the framework of the OSS. OSS provides comprehensive information and referral to the clients (farmers, job seekers, entrepreneurs and would be entrepreneurs, and vulnerable people in search of a job), on issues such as: opportunities, regulatory frameworks, where to find specific services, how and to whom apply, what are the procedures, etc.

According to the action plan shared by the members, the final phase of the project would strengthen the ODAK’s operational model and its role in the territory, and its capacity of representing a permanent reference for local and external actors for the District inclusive and sustainable development. Priority actions would be the support to innovative projects, the territorial marketing strategy, enhancing the links with regional and national authorities and policies, the direct support to the value chains (capacity building, employment, commercialization) to be provided through the OSS.