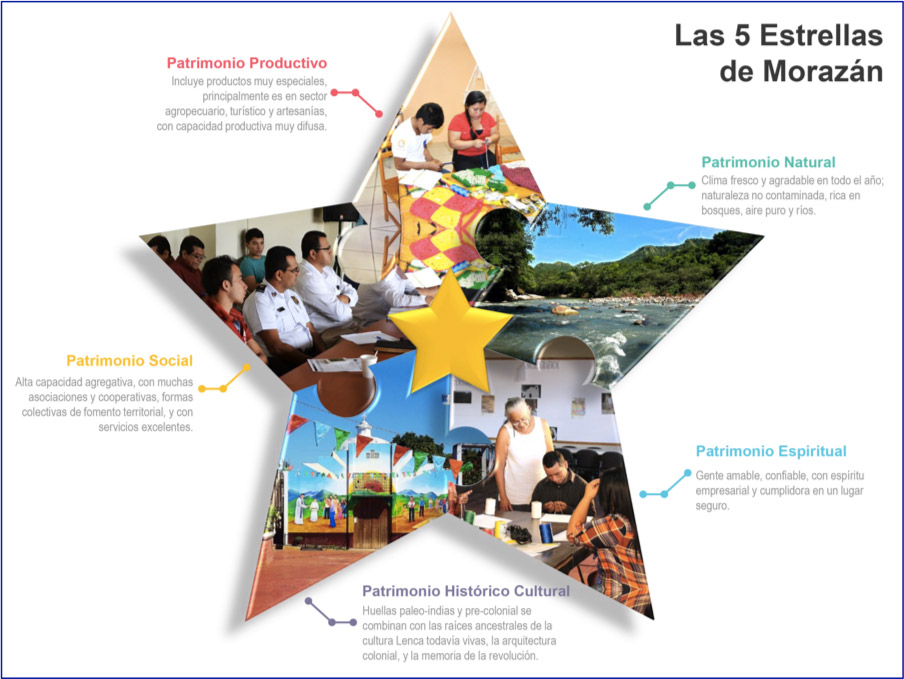 In the framework of the European Union Project "Strengthening agricultural small producers of the Morazán Department", LEDA Morazán - supported by ILS LEDA - has ended the PERTEM program to define the personality of the Department.

It identified the differences between the department and other national and international areas, based on which to increase their competitive potential and/or establish cooperative relationships with other territories, and strengthen the commercial position of the producers supported by the program of the European Union.

The variables that were taken into account to analyse the personality of a territory are: Geo-morphological position and climate, Demography and social conditions, Economy, Infrastructure, Social and relational capital, Distribution of wealth, Character and spirit of the people of the place, Knowledge, and Cultural heritage.

The program has been carried out through interviews with privileged witnesses at national and department level, and the analysis of existing documentation (data, studies and facts, documents available on the Internet, etc.), to acquire quantitative data, research and studies outcomes, and other relevant information.

Morazán, comprising an area of ​​1447 km² and with a population of 199,519 inhabitants, has a personality anchored to five "stars":

Finally, the important role played by the LEDA Morazán is highlighted. LEDA is considered a point of strength of the territory in its ability to produce dynamic and socio-economic equilibrium.

According to the competitive advantage related to the Morazàn five stars, the territorial marketing strategy has been proposed and shared with the Morazàn Leda, the Department Authorities, and other main stakeholders.

The territorial marketing strategy for the department of Morazán is articulated in three different actions, linked to each other: i) the personality of the department has been defined and, in particular, its 5 stars have been defined ii) the basis have been laid to deduce its image and logo iii) the strategic actions for communication have been identified iv) an action plan has been finally recommended, which includes actions for the first semester after the launch of the strategy (corresponding to the last semester of 2016) and actions planned for the two successive years.