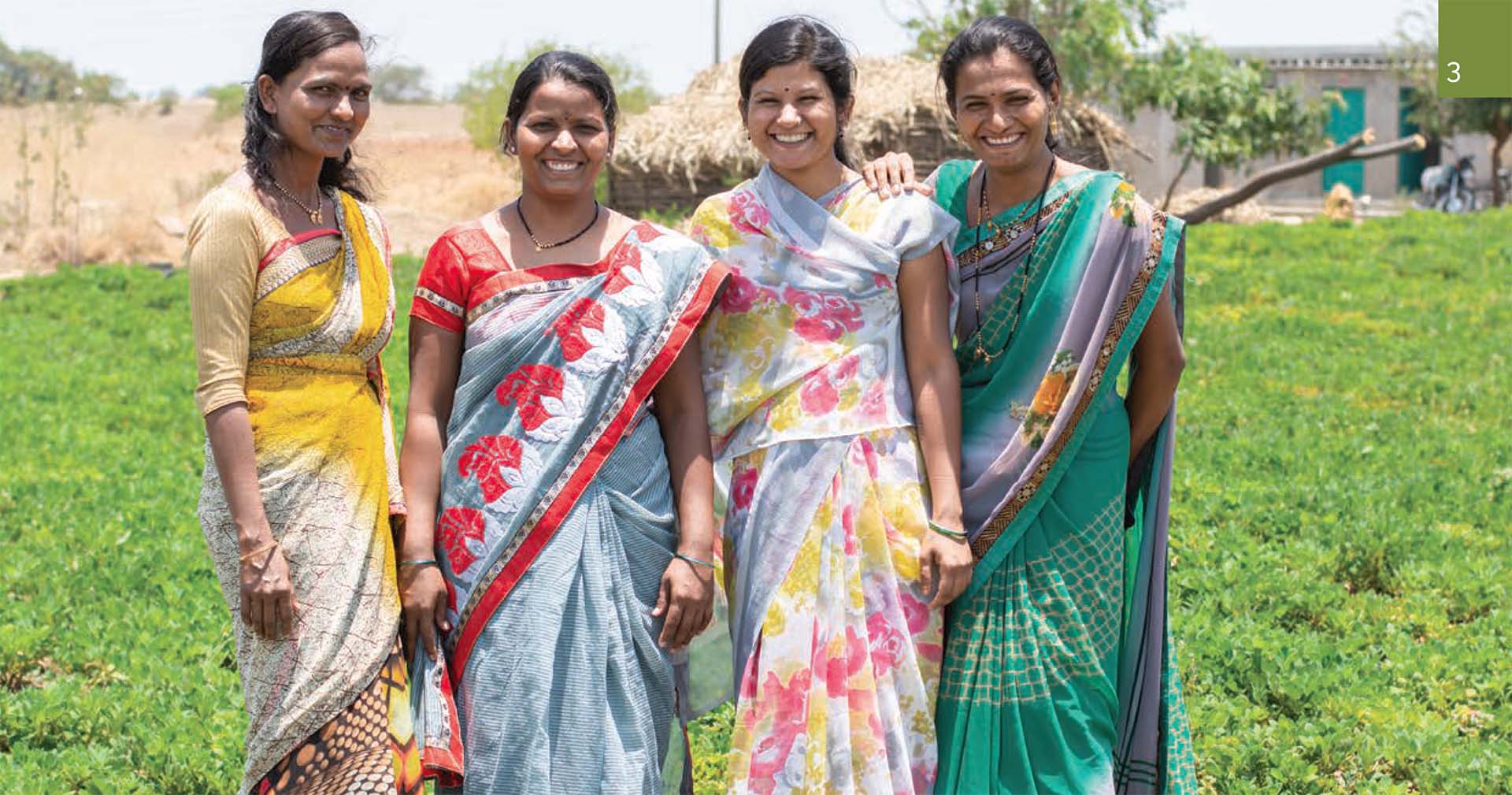 The European Union approved the project "ISUDWOG - Inclusive and Sustainable Development for Women and Girls". The project will be run in the Osmanabad district of Maharashtra State of India during the next three years, and through a partnership between ILSLEDA and Swayam Shikshan Prayog (SSP), an Indian NGO, which is the lead applicant, Sakhi Social Enterprise Network (SSEN), another Indian NGO, and LEF-Italia-Italian Coordination of the European Women’s Lobby, an European no profit organisation.
This partnership was facilitated by LED the Indian local development agency member of the ILS LEDA Network.

The Osmanabad district is one of the 112 least developed districts of India vis-à-vis human development. It's economy is dependent on small-holder agriculture and has undergone a severe crisis in the past decade on account of consecutive droughts, failed crops, low farm gate prices, rising costs, and spiraling debt.
The global objective of the project is to strengthen the ability of civil society and its organisations to be influent in the socio-economic development, through participatory bottom up processes, strategies, and actions for the main benefit of women.

The specific objectives are:
1) To establish a permanent Alliance for Sustainable and Inclusive Development of Osmanabad, the ASIDO between CSOs and the other local public and private actors aimed at promoting inclusive, gender oriented, and sustainable development;
2) To increase the power and the participation of women in socio-economic life, also through strengthening or creating social enterprises;
3) To improve the access of women to the social and economic resources, facilitating a coordinated District Service System (OSS) operating in the framework of ASIDO.

The logic of the Action relies on the belief that women have an outstanding potential for contributing to the district and national development, but it is underestimated and shall be valorised. Nevertheless this valorisation depends on the existence of an environment enabling it, through a combined set of actions, such as strengthening capacities of women organizations, together with the other local actors, for elaborating and implementing appropriate sustainable and gender sensitive development strategies, building capacities and instruments aimed at increasing access to economy through improving the performance of the existing enterprises and cooperatives, creating new women social enterprises, and organising a coordinated District Service System (OSS) for rendering permanent this access.

At this aim the Project will carry out the following main activities:

Establishing the Alliance for Sustainable and Inclusive Development of Osmanabad-ASIDO, through:
a) setting up local steering committees, value chain focus groups, links with national government, and finall formalization of the partnership named ASIDO;
b) building capacities on local economic development and poverty alleviation
c) valorization of at least 4 value chains and elaboration of correspondent development strategies (legumes and pulses, fruit&vegetables, livestock, poultry, etc.), through the ILSLEDA RESCO methodology

Increasing the power and the participation of women in the socio-economic life, through
a) An assessment on the existing women enterprises);
b) Sensitising women entrepreneurship);
c) Building capacities of entrepreneurship and employment);
d) Improving existing -and creating new- women business development and social enterprises

Improve the access of women to the social and economic resources, facilitating a coordinated District Service, through
a) Analysis on the service supply;
b) Building capacities for managing a service system
c) Establishing a long lasting system for providing services aimed at improving women socio-economic conditions in the ASIDO framework.