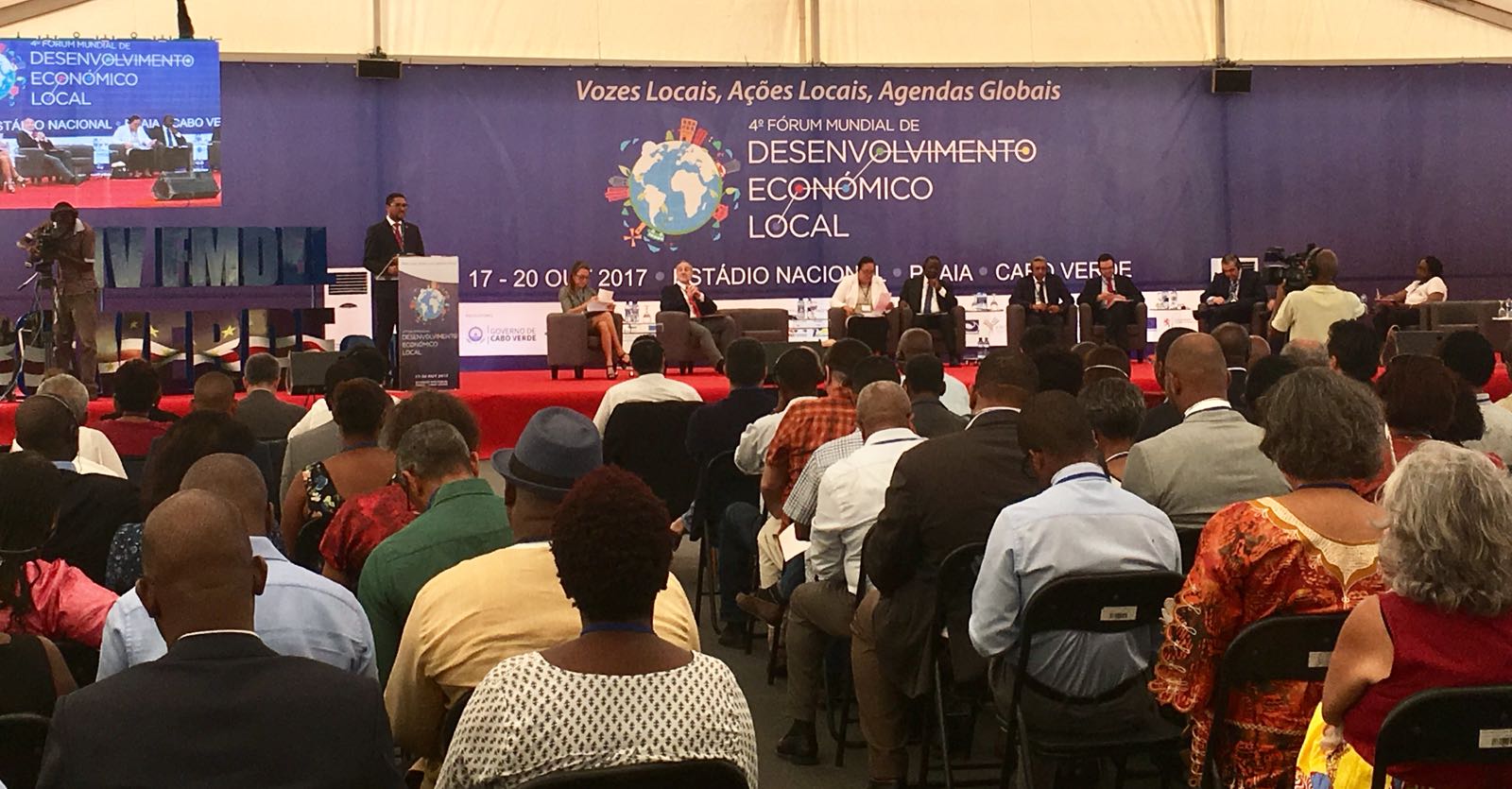 The 4th World Forum of Local Economic Development will be held in Praia, Cabo Verde, from 17 – 20 October 2017.
This event is part of an open working process, started in 2011, which promotes an international dialogue and shares experiences on Local Economic Development.
The Forum aims at constitute a platform for dialogue on key issues such as poverty eradication, employment and decent work, sustainable entrepreneurship, multi-stakeholder partnerships, including the involvement of civil society, workers’ and employers’ organizations. Ultimately, it will analyse how the LED approach stands out as an operational and strategic approach to localize the 2030 Agenda for Sustainable Development and its Sustainable Development Goals. The different territories will deepen the analysis of LED as a vehicle to implement the SDGs at the local level, towards more sustainable, inclusive and equal societies. 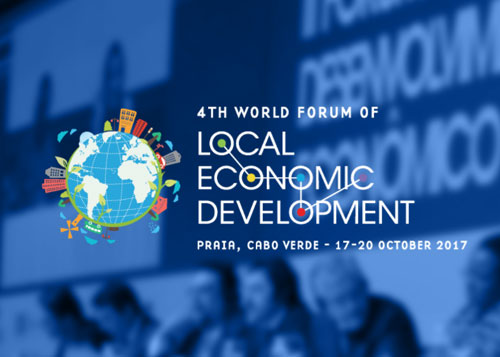 The forum will delve into three main thematic areas:
1.Integrated and Cohesive Territories:
The forum will cast a spotlight on enabling policies and frameworks for socio-economic and territorial cohesion.
2. Sustainable and Inclusive Economies:
The forum examines enabling frameworks for Social and Solidarity economy (SSE) and other alternative economic paradigms. There is also a study of inclusive and sustainable urbanisation patterns, exploring new paradigms for private sector engagement.
3. Resilient and Peaceful Societies:
Within fragile contexts and post-conflict scenarios, the forum focusses on peacebuilding. The forum also probes enabling policies and the role of local and regional governments in building integrative and cohesive societies through LED.
The event is organized and promoted by  many public and private organisations at local, national and international level. First of all authorities and organisations of Cabo Verde: the Governent of Cabo Verde,  Municipality of Praia, National Association of Municipalities, Chambers of Commerce, Chamber of Tourism, Platform of NGOs.
Other organizing partners are: City of Turin (ITA), Torino Metropoli (ITA), SEBRAE - Brazilian Service of Support for SMEs (BR), FAMSI - Andalusian Fund of Municipalities for International Solidarity (ES), ORU - United Regions Organization, UCLG - United Cities and Local Governments, UNDP, ILO.
The first edition of the World Forum of Local Economic Development took place  in 2011 in Seville, Spain;  the second edition followed in 2013 in Foz do Iguacu, Brazil, and the third edition was held in 2015 in Turin, Italy. The First Regional Forum of Local Economic Development for Latin America and the Caribbean in 2015 has been hosted in Quito, Ecuador.  The second edition took place from 28 – 31 March 2017 in Tiquipaya, Cochabamba, Bolivia.